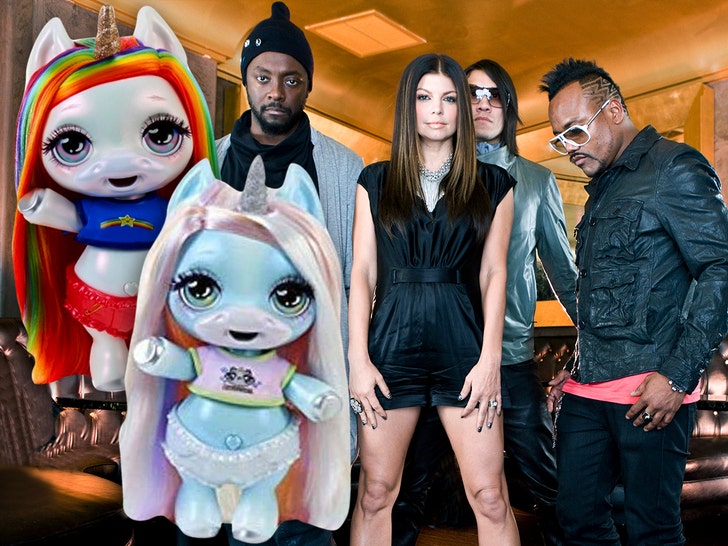 A song-and-dance troupe of pooping toy unicorns could be in steaming hot trouble, legally speaking, all because the lil' stinkers did a send-up of a huge Black Eyed Peas hit.

If that banger sounds familiar, that's because it’s a play on BEP's classic "My Humps," and that's what lead to a lawsuit. Will.i.am and co's record label and music publishing company, BMG, owns the majority of the copyright to the 2005 smash hit, and it claims "My Poops" clearly rips off the melody, tempo, chord progression, and even features a vocalist who sounds a lot like Fergie.

BMG says MGA never got the rights to use the song, and now it wants at least $10 MILLION in damages. If that sounds a bit high, it’s worth remembering that "My Humps" was a HUGE hit, garnering more than 700 million views on YouTube alone and taking home the award for Best Hip Hop Video at the 2006 MTV Video Music Awards.

If BMG ends up winning even a fraction of the $10 mil in court, this could be the most expensive poop joke in history! We reached out to MGA for comment … so far, no word back.

The real shocker -- as God is our witness we thought unicorns pooped rainbows. 🤷🏽‍♂️